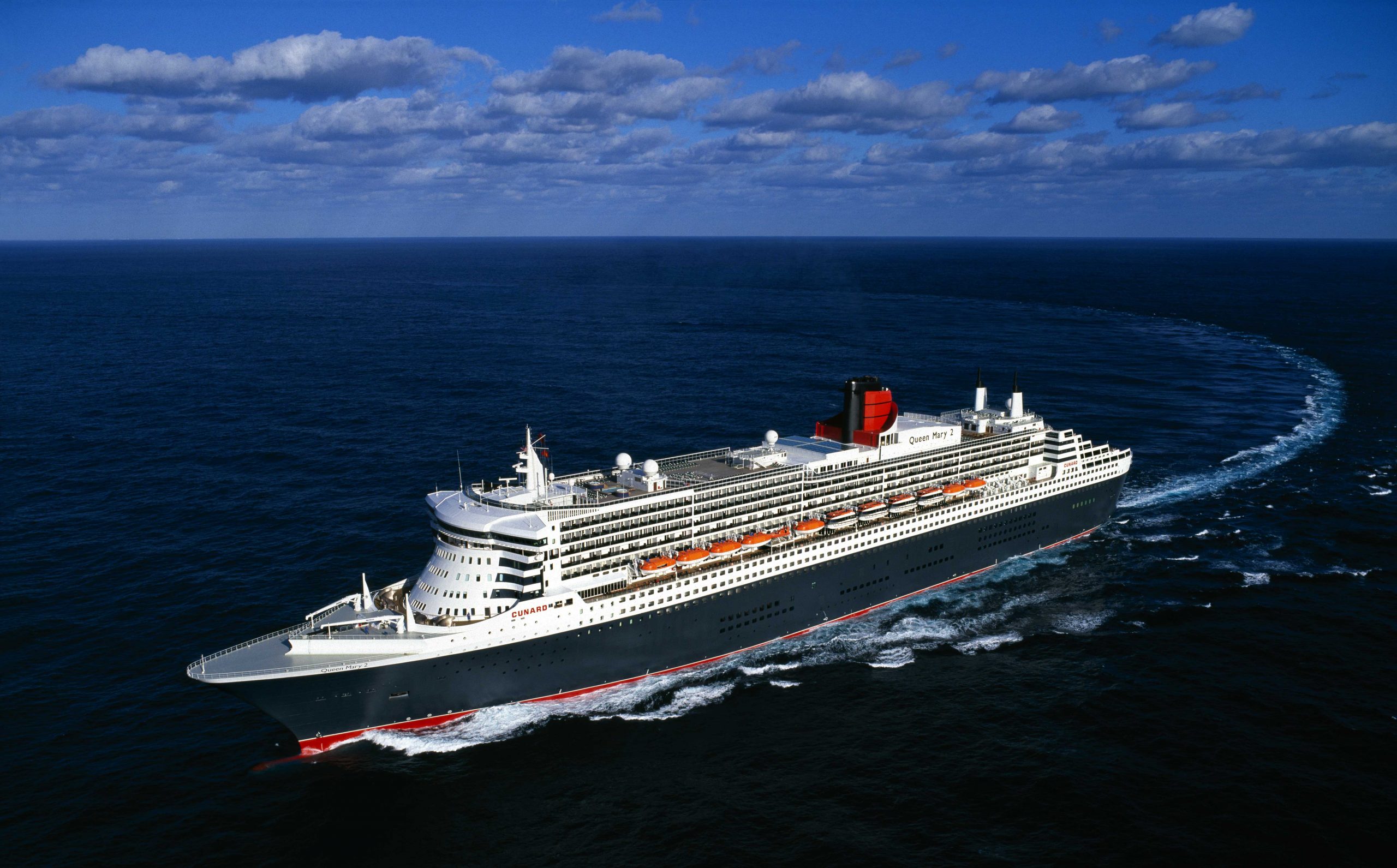 At 148,528 tons and 345 metres (1132 feet) the QM2 was the longest passenger ship ever built when she was constructed in 2003. Clifford Denn was the exterior stylist for this great liner whilst consulting for the interior designers Tillberg/SMC Design. They were in turn working closely with the Carnival/Cunard, Naval Architect Stephen Payne who was globally responsible for the design of the project.

Clifford’s love of the S.S. Normandie influenced the wave breaker on the foredeck. The forward superstructure harks back to the original Queen Mary and acts as a shield to protect the cabins behind. The black painted areas of the forward superstructure were originally intended to be made of glass. The design brief was to incorporate the same style of forward mast and funnel as the QE2. 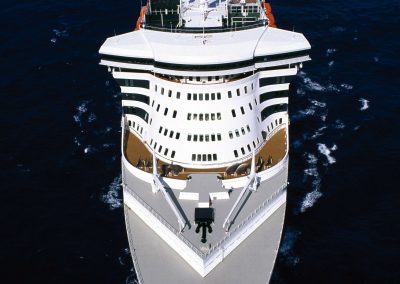 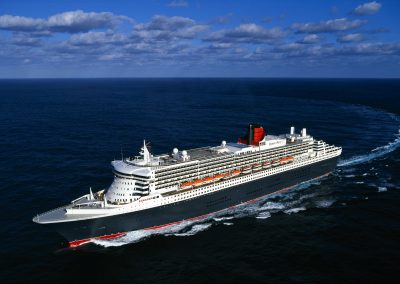 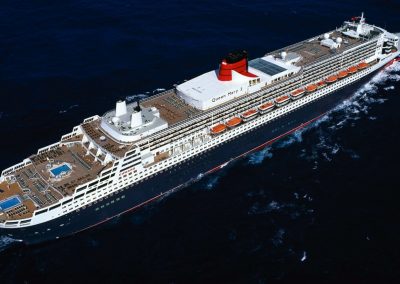 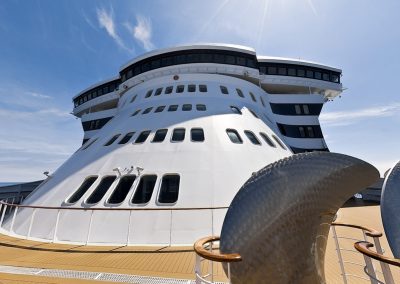 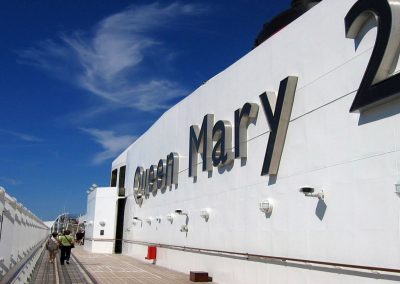 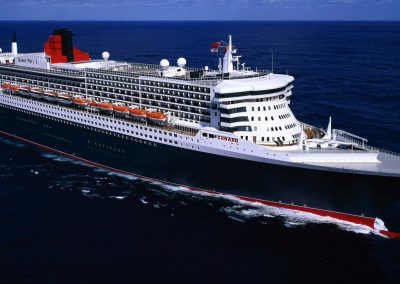